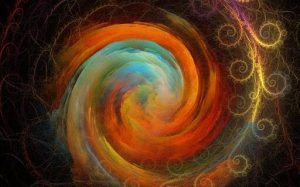 Life is vulnerable; uncertainty is the only certainty. Pema Chodron has written a great book about this, the places that scare you, that I highly recommend. At one time or another, we will all go through a difficult time, whether we deal with financial hardship, health problems, death of a loved one, catastrophe, crisis, or relational breakdown. In psychology, we have a list of psychosocial stressors that include bereavement, breakups, housing problems or transitions, health problems, financial troubles, loss of work identity, and domestic or other abuse. Often people may experience more than one area of hardship simultaneously.

In those times, we need each other more than ever, but it’s not just enough to be surrounded by people. We, as supporters, need to be educated in the best way to love our friends and family through tough times.

How do we reach out to others? In tough times, circling the wagons and looking out for yourself and your immediate family becomes instinctual for many people. However, more than ever, we actually need each other. Often people don’t know what to do. They may even cause great harm by saying do not cry or just get over it.

1. Silence speaks louder than words misspoken.
Don’t ignore them. Plain and simple. If you don’t know what to say, don’t avoid them. Say something. Ninety nine percent of what you could say is better than saying nothing at all. I tell my clients to speak as close to the truth as possible. Which means sharing process. You could say, I don’t know what to say, but I really love you and I just want you to know that.

2. Don’t make them ask you for help.
Do they need help? Absolutely. Do they want to ask? Absolutely not. There is nothing more humbling than having to admit that you don’t have your life under control, and for all the people pleasers out there, asking people for something as simple as meals or free babysitting is something we’d rather avoid. We’d rather tough it out than beg.
Instead, offer your help, and offer specific ways that you would like to help.

3. Don’t rush them through their pain.
Saying things like “I know exactly how you feel” or telling me a story of your cousin’s boyfriend’s aunt’s struggle and how she made it through. While we may say things with good intentions, it can also serve to minimize their issues and urge them to stifle their pain. Yes, what they are going through has probably been faced before. Yes, people do survive. Yes, things might get better. Yes, to all the things. People need to know that the pain they feel is real and they need to move through it. They need to get a little messy and be a little more honest and feel a little more, because if they move through it too quickly or try to avoid their feelings, they might not heal just the right way.

A doctor doesn’t just give a sling with no cast to someone who has severely broken their arm. The doctor gives a cast. The doctor prescribes time for healing, because they know that if the healing is rushed, the bone may also not heal properly. In the same way, we need to give time for others to move through their pain rather than rush them. Instead, sit with them. Listen. Let them be honest when life is hard. Let them be angry. Let them be whatever they need to be, and resist the urge to fix them, heal them, or placate them. Just be with them.

4. Don’t give unsolicited advice.
Even if you have been in the situation before, support, but don’t preach. This includes all cliche and trite phrases and platitudes. You may have heard them said before, but that doesn’t mean they are helpful. Instead, listen, love, give. Give time, energy, resources… give yourself. Just don’t give advice when they haven’t asked.

5. Don’t give them magic formulas.
If they stand on their head, count to 30, twice and backwards, confess everything they have ever done, change their past mistakes, then this tough situation would no longer be happening to them. There is no magic formula. Life is hard and messy and it doesn’t negate the goodness in this world, but it does assign blame and guilt to the situation, one of the last things that someone who is suffering needs is to be shamed. Instead, let them know you are thinking of them, praying for them, loving them, and cheering them on.

6. Don’t make it about yourself.
Essentially, don’t complain about how your friend’s tough time makes you feel. If you are close, you will be affected, but if they are closer to the problem than you, then they are not the person to whom you should vent. Instead, you should offer them support. Check on them. Love them. Let someone else support you to stay on track.

8. There is no timeline for grief and loss.
People may return to a place where loss feels fresh again. It’s not linear. Let people have whatever time they need. There’s no time limits or quotas.

Say a little less. Love a little more.
Life is messy, but with love, we can help each other survive even the toughest times.
#SpiralUp