This weekend is the world premiere of Scattering CJ, an important new documentary on mental health and suicide awareness, scheduled to coincide with National Suicide Prevention Week and Suicide Awareness Month.

It’s heartwarming to see this important topic get a bit more attention. Speaking of which,  The American Foundation for Suicide Prevention did a feature on the film and the filmmakers Andrea Kalin and David Lobatto,

Could you tell us about your documentary “Scattering CJ”? What is it about, and what initially interested you in telling this story?

“Scattering CJ” follows the amazing story of Hallie Twomey, a heartbroken mom from Maine who lost her elder son CJ to suicide in 2010. To honor CJ’s memory and his love of travel, Hallie put a request out on social media for help in scattering his ashes in as many places of beauty and meaning as possible.

Hallie’s request resonated beyond her wildest dreams, fostering a worldwide community across social media that was galvanized to scatter CJ’s ashes in a thousand different locations, and accompanied by a vast array of stunning imagery and moving testimony. The “Scattering CJ” initiative raised awareness about suicide, and encouraged support among the many people following the project, many of whom had been affected by suicide or struggled themselves.

The overwhelming response Hallie received from strangers from around the globe has been a massive part of her family’s healing journey.

Our belief in this inspiring, profoundly moving story’s capacity for positive social change — and its need to be seen by the widest audience possible — is what has driven us in making this film.

In what ways has your understanding of mental health and suicide changed or been impacted by your working on the film? Did anything surprise you?

We went into this with some intellectual understanding of suicide, and we’d seen the statistics. What those numbers don’t reveal, and what making the film has laid bare to us, is that for every one person who takes their own life there are countless others who are seismically affected by that action and the subsequent absence of that person in their lives. This effect needs a spotlight as much as the death itself, because loss is often a trauma with lifelong repercussions. An unpleasant but eye-opening surprise for us was the number of people involved in the making of the film and its outreach who have lost someone close to them to suicide. It seems that everyone knows someone affected. 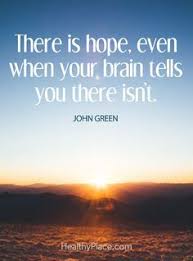