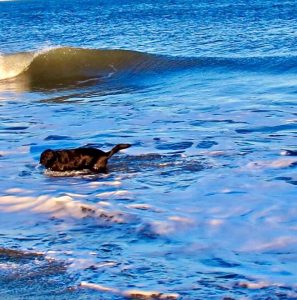 Cognitive Dissonance is the motivational mechanism that underlies the reluctance to admit mistakes or accept scientific findings even when those findings can save our lives. The cognitive dissonance theory, most strongly developed by social psychologist Leon Festinger, states that many people are deeply unwilling to change their minds. Similarly, many find it impossible to admit to or apologize for inappropriate behavior.

This dynamic is playing out during the pandemic among the many people who refuse to wear masks or practice social distancing. Cognitive dissonance causes feelings of unease and tension, and people attempt to relieve this discomfort or anxiety in different ways. Examples include “explaining things away” or rejecting new information that conflicts with their existing beliefs.

When the facts clash with preexisting convictions, some people would sooner jeopardize their health and everyone else’s than accept new information or admit to being wrong. This clearly manifests itself in the echo chamber of social media and the comment sections, I’m right, you’re wrong, it is someone else’s fault, vaccines are a government hoax, and so forth.

Coping with the nuances of contradictory ideas or experiences is mentally stressful. It requires energy and effort to sit with seemingly opposite things that are non binary. Festinger, in his research, argued that some people would inevitably resolve dissonance by blindly believing whatever they wanted to believe.

Although it’s difficult, changing our minds is not impossible and nor should it be. We need to accept that science and data is fluid. As is life. Mental flexibility is painful, and dealing with uncertainty even more so. 
The end result is dissonance, but the actual problem is uncertainty and the stress it causes; we crave certainty because it feels safe. Rarely have we as a society been in a time of such uncertainty, and in times of uncertainty our survival instinct drives us to crave certainty.

Regardless of inherent beliefs, it is important to recognize dissonance and recognize that we need to continue to work on flexibility.  In short, we need to cultivate curiosity and accept that something we thought to be true might have been right at the time, but wrong now. Don’t try to explain away problems or reject new information; rather, accept that uncertainty exists and understand that we are in uncharted territory.

As we head toward the fall and into the winter season, I am consistently hearing from my patients and local businesses that uncertainty is their biggest challenge. This manifests itself with individuals as well, and data from mental health providers shows an increase in both substance abuse and clinical depression/suicidal ideation. Most mental and medical health providers are at capacity with a 30-40% increase from last year and with long wait times to get an appointment.

It takes great courage to recognize that it is not COVID, it is not mask ordinances or future vaccines, and it is not government or international conspiracies that are our greatest challenge; rather, it is the inherent anxiety and stress that uncertainty causes. Admitting we are wrong requires some mental flexibility, which involves living with dissonance for a while rather than jumping immediately to conclusions.