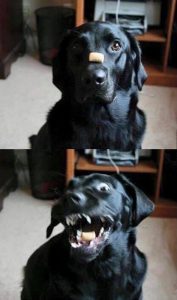 “ Add something new to the mix.” If you’ve ever been in my office, you’ve heard me say this.   It takes approximately 60 days to start to lay down new neural pathways, which come from consistent practice of a new behavior.

   Growth involves changing behaviors—and in order to change a behavior, you have to change your thinking (or “rewire” your brain). Neuropsychologists find that habitual behavior is created by thinking patterns that create neural pathways and memories, which become the default basis for your behavior when you’re faced with a choice or decision. Trying to change that default thinking by “trying not to do it,” in effect just strengthens an undesired behavior.  When you try NOT to think of something, you actually have to think about that thing in order to not think about it.

Many people assume willpower is a character trait that you’re born with, or innately lack. I frequently work with teenagers and young adults. When they make supposedly bad decisions, I often hear parents say to their kids, ‘why did you do that, where was your willpower’?

 But research suggests that it is more complex: It can be trained, but it also relies on mental resources, self care, and energy, and can become depleted if overused. Researcher and psychologist, Dr. Roy Baumeister, has spent years studying how people regulate emotions, resist temptation, break bad habits, and perform up to their potential; and why they often fail to do so. Among his conclusions: Each person’s supply of willpower is limited. And, as the ‘power’ aspect of willpower implies, it’s a form of energy. It gets depleted when you use it.

So new habits depend on the basic energy supply that a person needs for all other acts of daily self-control, problem-solving, and  decision-making. In short, eating well, getting enough sleep, exercising, reading, writing, learning, trying new things,  having a strong social group, and caring for others are the fuel that is required for change.   I call this fuel the foundation. With it, you build new roads and pathways; infrastructure.

People often view resolutions or intentions as short-term goals to be achieved. So if they don’t quit that bad habit or lose that weight in a short period of time, they become demotivated and often quit trying. Change requires uploading a new program in your subconscious. It can include deceptively simple actions. Go for a walk. Engage with a buddy who has similar goals to keep each other accountable. Put greens on your grocery list. Finish that online course or certification. Clean out your closets. Edit your contacts.