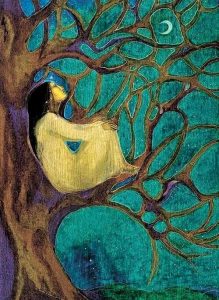 Children learn to lie as early as age 3. Initially, it can be a way of learning how to distinguish between fantasy and reality. While experimentation and creativity may originally be the impetus, as they grow older, children who fear punishment may lie to get out of trouble.

Punishment may actually promote more and more lying until it becomes a habit. This can carry into adulthood.

Also see On Over Apology.