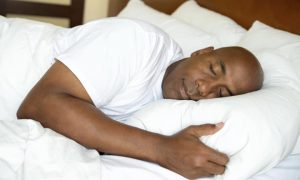 Lucid dreaming is the experience of achieving conscious awareness of dreaming while still asleep. Lucid dreams are generally thought to arise from non-lucid dreams in REM sleep.

An obstacle to experimental studies of lucid dreams is that spontaneous lucidity is quite rare. However, some participants in studies can be trained to become lucid via pre-sleep autosuggestion.

Subjects often succeed in becoming lucid when they tell themselves, before going to sleep, to recognize that they are dreaming by noticing the bizarre events of the dream. Often after a lucid dream, they are asked to document the dream in a journal.

 Some research has pointed to potential benefits of lucid dreaming, such as treatment for nightmares. However, other studies argue lucid dreams may have a negative impact on mental health because they can disturb sleep and cause dreamers to blur the lines between reality and fantasy.

While normal dreams can occur during different stages of the sleep cycle, studies have shown most lucid dreaming takes place during rapid eye movement (REM) sleep. REM sleep constitutes the fourth and final stage of a normal sleep cycle, and is considered essential for consolidation of memory and learning. With REM deprivation, there are a variety of negative psychological effects that occur . A number of studies on REM deprivation have indicated psychotic like symptoms that occur, including hallucinations, visual phenomena, and severe anxiety. 

Lucid dreaming strategies have been used with people who have PTSD and other trauma conditions. The most common are:
Reality testing: This technique requires participants to perform tests throughout the day that differentiate sleep and waking. For example, a participant may ask themselves whether or not they are dreaming during the day; since self-awareness is not possible during non-lucid dreams, being able to answer this question proves they are in fact awake. Reality testing is based on the notion that repeated tests will eventually seep into the participant’s dreams, allowing them to achieve lucidity and distinguish between the dream state and waking.

Mnemonic induction of lucid dreams (MILD strategy): This technique involves training oneself to recognize the difference between dreams and reality during sleep. Subjects wake up after a period of sleeping and repeat a variation of the following phrase: “Next time I’m asleep, I’ll remember I’m dreaming.” Researchers will induce lucid dreams using the MILD method by waking up subjects after five hours of sleep.

Wake back to bed (WBTB): Some people can induce lucid dreams using this technique, which involves waking up in the middle of the night5 and then returning to sleep after a certain amount of time has passed. WBTB is often used in conjunction with the MILD technique. When these two methods are used together, the most effective length of time between waking up and returning to sleep appears to be 30 to 120 minutes.

Lucid dreaming appears to have a mix of positive and negative outcomes.