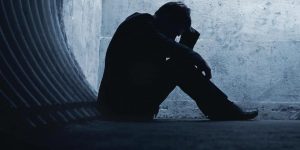 In my practice, the majority of my clients are male.  Overall, three times as many men as women die by suicide, according to a World Health Organization (WHO) comprehensive report from 2018. The American Foundation for Suicide Prevention also cited 2018 data, similarly noting that in that year alone, men died by suicide three and a half times more often than women in the United States.

Mental Health America, a community-based nonprofit, collected data suggesting that more than 6 million men in the U.S. experience symptoms of depression each year, and more than 3 million experience an anxiety disorder. Despite these figures, the National Institute of Mental Health (NIMH) reported that men are much less likely than women to have received formal mental health support.

In a study from Canada, published in the Community Mental Health Journal, in 2016, more than one-third of the participants in the study admitted to holding stigmatizing beliefs about mental health issues in men. Significantly more male than female respondents said that they would feel embarrassed about seeking formal treatment for depression.

BIPOC men face additional challenges when it comes to looking after their mental health. According to the American Psychological Association (APA), in the U.S., Black and Latinx men are six times more likely to be murdered than their white peers. Indigenous American men are the demographic most likely to attempt suicide in this country and Black men are most likely to experience incarceration, based on statistics gathered by the American Psychological Association.  The consequences of these disparities on the mental health of people of color and of diverse ethnic and racial backgrounds is exponentially challenging.

Depression symptoms often manifest differently in men than women, perhaps based on these disparities.  Some men with depression hide their emotions, and may seem to be angry, irritable, or aggressive, while many women may seem overtly sad or express sadness verbally.

For men, some symptoms of depression are physiological, such as a racing heart, digestive issues, muscle tension, bodily aches and pains, or headaches, and men are more likely to see their doctor about physical symptoms than emotional symptoms. Additionally, self-medicating with alcohol and other substances can be a common symptom of depression among men and that this can exacerbate mental health problems and increase the risk of developing other health conditions.

It is not easy for men to be open with others about mental health struggles. In fact, many of the male patients that I see have never spoken about their struggles until they come to my office, often not until they have experienced dire difficulties. Often, their pain is palpable.

As a mental health community, and as a society, we have to teach men to not mask their emotions. Instead, we need to encourage men to speak up, not man up. Talking saves lives; let’s normalize mental health .
(statistics from the American Psychological Association and NIMH).