There are even more benefits to the daily practice of journaling. Dr. Maud Purcell, psychotherapist and expert on journaling, concluded that writing accesses the left hemisphere of the brain, which is analytical and rational. While your left brain is occupied, your right brain is free to do what it does best, i.e. create, intuit and feel. In this way, writing removes mental blocks and allows us to use more of our inherent brainpower to better understand ourselves and the world around us. In short, journaling is intrinsically linked to the psychological process, allowing for greater insight and understanding of our self. Done on a daily basis, it clears the way for the day.

How to persist in hard times through mindful writing. 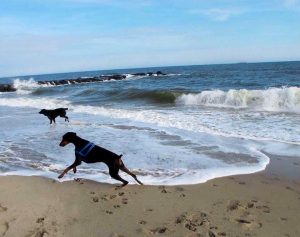 Write It Out
Did you ever write an emotional e-mail to an ex when you felt angry but then deleted it? Chances are you still felt better though you didn’t send it. If you’ve suffered an upsetting event, writing about it can actually make you feel better. That’s in part because writing organizes your thoughts, which makes the experience feel less chaotic. Writing also can offer you an emotional release, insight into yourself and the feeling that you can be more in control. Clinical psychologist, Dr. James Pennebaker, found that writing for 10 to 15 minutes per day reduces clinical depression, commensurate with taking medication. 

Set aside 15 minutes a day to write about the event or the day, and how it made you feel.

Write in a journal, laptop, or phone, whatever feels most accessible to you personally.
 
Don’t worry about grammar or artistry. It’s called stream of consciousness.  This is just for you. But get it down. 

Stick with it. At first writing about an upsetting experience may be painful, but over time it can help you get past the upset. I have a friend who is a writer, who created a very popular blog and a successful writing career that evolved, starting from his own past losses and grief. 

How To Start
Write down the problems or thoughts involved. On paper they may seem more manageable than swirling in your head.
Do not be your own critic.  Just get it out, and you can edit it as much as you want later. 
Make it a practice. Neuropsychology research shows that new neural pathways are formed by practicing an activity or exercise for at least a minimum of 21 to 28 days.
  
Don’t get discouraged if your first attempt at writing is not to your satisfaction. It’s the action, not the product.