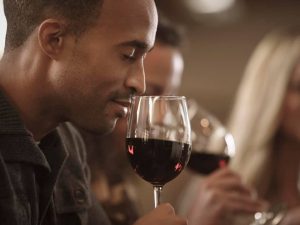 Neuropsychologists already know that the brain’s memory hub, the hippocampus, is the first area to be compromised by neurodegenerative diseases such as Alzheimer’s and Parkinson’s.

Those who smell, serve, recommend, and taste wine for a living are apparently doing more than just expanding their palates. According to a study published in the journal Frontiers in Human Neuroscience, the brains of Master Sommeliers seem to be much more resistant to neurodegenerative diseases than those of the average person.

Scientists analyzed MRI scans of Master Sommeliers and compared them to those of non-wine-experts, to determine how the human brain responds when it gains a certain level of expertise. There are currently less than 250 Master Sommeliers worldwide, all of whom must pass a rigorous and in-depth exam to earn the title. The certification process can take several years and is the highest official professional distinction one can attain in the beverage service industry.

In 2016, a study on Master Sommeliers at the Cleveland Clinic for Brain Health located in Las Vegas found that the entorhinal cortex (the important area of the brain that includes the Hippocampus) was physically thicker in the wine professionals’ brains versus a control group. Results showed that sommeliers with long careers in hospitality exhibited enhanced and healthier brain tissue in the entorhinal cortex, suggesting that the specialized training of sommeliers might result in advantages in the brain, well into advanced adulthood. This is especially significant, given that the cortical regions involved are the first to be impacted by many neurodegenerative diseases. Additional research has also backed up the theory that sommeliers make excellent models to study brain health.

We know from previous research done in other fields that the brain benefits from active studying, and using the brain areas processing senses, especially smell, are responsible for memory, emotion, learning, and reward. Olfactory training, in particular, improves brain capacity which lingers in individuals, even those who have developed early stages of dementia. The research also demonstrates  the importance of integrating sensory stimuli across modalities, and assigning pleasure (hedonic value) and emotional salience to stimuli. You will remember the scent of the perfume of your beloved.

Take away: experts who use ALL of their sensory knowledge for their work on a regular basis, integrating sensory stimuli across modalities, and assigning passion (hedonic value) and emotional salience (engagement) to stimuli seem to have a brain advantage.

For stats please see: Structural and Functional MRI Differences in Master Sommeliers: A Pilot Study on Expertise in the Brain in Frontiers in Human Neuroscience.