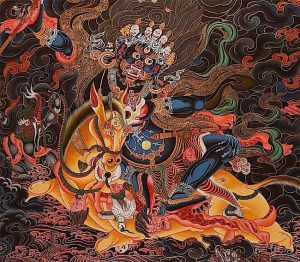 You walk into the restaurant, dressed to the nines, for a girls’ night out . Your friends greet you warmly, except for one. She points at your sleeve: “You look like you put your arm down in something. You have a big stain.“  

 In my work, I often hear about negative people in the lives of my patients, and the impact they may have.

Some characteristics of negativity that appear frequently in sessions : 
Judgmentalism, or the tendency to imbue negative motivations to others’ innocent actions. (Complaining that you didn’t answer their email or text right away, so you must not care, or you are lazy or careless).

Demanding nature: Although negative people are often not judgmental about their own abilities or flaws, they put pressure on others to act in a certain way.

Pessimism, or the tendency to believe that the future is bleak; for example, negative people can more readily think of ways in which any activity or event can go badly.

Risk aversion, especially in social settings. This leads to reluctance to divulge any personal or meaningful information, ultimately leading to boring conversations and superficial relationships.

Lack of interest in others: negative people are often fixated on their own lives and needs. If you ask them questions about even their closest friends and relatives lives, children, problems, and successes, they are often unable to respond.
  
The need to control others: negative people are inflexible, and believe that things should be done a certain way. When others deviate from this path, they are often derided or minimized.
 
Not being able to deviate from routine: negative people tend to limit their options and choices to whatever they’ve done in the past, rather than opening their minds to the range of possibilities available.

They are rarely loving: They struggle to see the good in other people, so it is difficult to be loving and supportive of anyone.

They rarely apologize: Even when confronted with evidence that they were incorrect, or have hurt someone’s feelings, they have a deep conviction that they are right.
  
Their phone is silent: they are rarely contacted by friends or family members. People tend to start avoiding negative people after a series of less than joyful experiences.

What Causes Negativity?
– How they were raised.
If someone is exposed to negativity or constant criticism early on in their lives, they may mirror that behavior. Children raised in an environment where criticism, pessimism, doom and gloom, and negativity are common will end up having that mapped into their developing brains as typical behavior. This may result in a patterned way of thinking and behaving and becomes how you respond to your environment. If they remain unaware of this pattern of behavior, and think of it as normal, it is likely it will take root, while others who are able to recognize it can make a conscious effort to change the behavior.

– They were taught not to try new things or take risks.
They may have been told repeatedly as a child to be careful, to rest, to not get too tired. They may have been  warned against learning a new skill—like Scuba diving or horseback riding—because “it’s too dangerous.”

– They may have been taught that certain behaviors bring shame or embarrassment.
For example, they may have been told not to tell neighbors, family friends, or even family members about failures or mistakes.   Likewise, they may have being routinely exposed to negative judgments about other people (“I can’t believe the neighbors don’t keep up their yard. It makes the whole street look terrible”). 

-It feels good.
Almost everyone vents at some point or another. We need to get things off our chest and this is healthy. Habitually negative people repeat the same venting experience over and over with multiple people, sometimes telling the same story several times. They may repeat the same litany of complaints about a person, partner, friend, or family member, not allowing the person to even make corrections or amends. There is a difference between venting and staying tethered to a situation. Repeated venting keeps us tethered to the negative emotions of the experience and does not provide any type of release.

-Low self-esteem.
Some people complain about others to feel better about themselves or their lives, or they require constant validation from other people. They may complain that people are ungrateful if they are not thanked profusely for everything they may have done for that person.  If you can bring down the value of other people through negative comments, it has a temporary effect of lifting someone up. From German, the term Schadenfreude is a complex emotion where, rather than feeling empathy or sympathy, one takes pleasure from watching someone’s mistakes or misfortune.