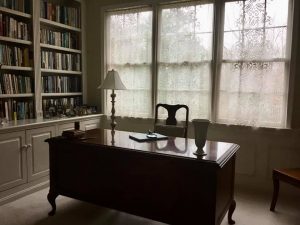 On holidays, it’s natural to feel a longing for times gone by. Psychologists at the University of Southampton in England, in a large study, found that nostalgia boosted feelings of happiness, decreased loneliness, and enhanced feelings of self-continuity by increasing a sense of social connectedness. Sentimental recollections by study participants generally included loveds ones, which can remind us of a social web that extends across people and time. The international study was conducted in the United States, China, and Great Britain.  (Results were published in the cognitive psychology journal, Emotion).

The word nostalgia comes from the Greek: Nostos means homecoming; algos means ache. It was first coined by Dr. Johannes Hoffer, in 1688. However, he described this mal du pays as a mental disorder. He considered it to be a maladaptive neurological condition, where memories kept uncontrollably resurfacing of past times.   Recent research, however, such as that conducted by the University of Southampton has actually shown the considerable mental health benefits of nostalgia.  

Nostalgia is about close others (family members, friends, partners), big events (birthdays, anniversaries, weddings, vacations), and settings of import (home, places traveled with loved ones). It involves the self as the central figure, in conjunction with interaction with others.   It is bittersweet, and may be elicited by  negative feelings or loneliness.

Importantly, nostalgia, once evoked, helps to re-establish psychological equanimity. It elevates mood, self-esteem, and a sense of social connectedness; it fosters perceptions of continuity between past and present; it increases meaning in life; promotes sociable behavior;  and helps to fight off thoughts of death and loss.  

Empathy
Nostalgic stories are often brought about by a feeling of loneliness, but as people reminisce about past events and relationships, the study showed that they  end up with a stronger feeling of belonging and affiliation.

Stress reduction
In a 2012 study, published in the journal Memory, another research team, (Routledge and colleagues) showed that nostalgia helps people relate their past experiences to their present lives in order to derive a greater sense of meaning. The result of this process was shown to boost mood and reduce stress.

Transitions
In this 2012 study, Routledge also concluded that Nostalgia serves a crucial existential function. Some of the research showed that people who regularly engage in Nostalgia were better at coping with concerns about death and loss.

Optimism
In an August 2013 study published by the American Psychological Association journal,  Personality and Social Psychology, a research team at the University of Surrey showed that Nostalgia can produce increased optimism about the future, through increased self-esteem, feelings of connection, and hope for the future. 

Warmth
On a physical level, nostalgia literally makes us feel warmer. This warm glow was investigated in southern China by researchers at Sun Yat-Sen University. By tracking students over the course of a month, the study found that feelings of nostalgia were more common on cold days. People in a cool room (68 degrees Fahrenheit, or below) were more likely to express nostalgia than people in warmer rooms. That mind-body link means that we may be able to elicit a memory to maintain physiological comfort, at least subjectively. This has important implications for the mental health treatment of anxiety and stress. 

One response on “The Psychology of Nostalgia”