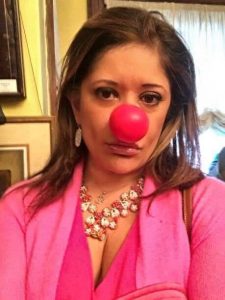 Psychologists have studied pranks for years. Humor, in general, is good for us. Neuropsychology research has shown that laughing improves well-being.

Humor and laughter release endorphins and oxytocin, neurochemicals that are associated with happiness and social bonding. But why are practical jokes or pranks even funny in the first place?

From clinical psychology, a summary of research on pranks:
*Practical jokes are a subtle form of “play-fighting.” Jokes imply a sense of closeness or insider group feelings in the relationship. That is, you tend to prank those you believe you’re close with or can handle the joke.

* A good prank satirizes human fears or vulnerabilities, and is found in a wide variety of international initiation rites and coming-of-age rituals. The Daribi of New Guinea, for example, have children make a small box and bury it in the ground, telling them that after a while a treasure will appear inside but they must not peek. Invariably the youngsters succumb to curiosity, only to find a box of animal feces (research cited from the University of Virginia, department of psychological anthropology).

* The prank releases inhibition, liberating us for a moment from having to act “properly”.

* In psychoanalysis, motivations for the impulse to prank one’s own family or friends has been described as a subtle form of  the desire to do bad things to the very people one claims to care for. It may be one of the modalities through which everyday sadism can manifest (i.e., potentially obtaining pleasure from hostile forms of humor, sarcasm, and practical jokes).

When NOT to Prank:
Has the target of the prank stated they want this behavior to stop, or have they shown previous distress with any pranks?

Is the target of the prank a vulnerable person, such as a child, an individual with a mental disorder,  or person with disabilities?

Could this prank in any way cause harm to a person, either psychologically, physically, or both?