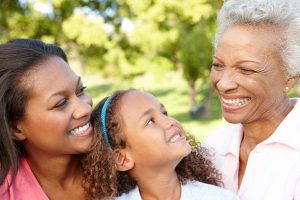 I currently see patient families, where multiple groups of generations live within a block of each other, or in the same home . Cousins, aunts and uncles, grandparents, and children.

I want to speak about grandmothers, because many of my young patients have been influenced and raised by their grandmother.   Overall,    neuropsychological research indicates that  grandmothering helped us to develop a whole array of social capacities that then became the foundation for the evolution of other distinctly important traits, including bonding, bigger brains, learning new skills,   respecting ancestry, cultural growth,  and social skills.  In ancient cultures and indigenous societies, grandmothers were part of the inherent learning and loving. Grandmothering is incredibly important.